The buoyancy compensator, also known as Buoyancy Compensator Device (BCD), is an important and
often underestimated part of your diving equipment.
If your BCD is leaking or your inflator gets stuck, dangerous situations can arise.
Maintenance is required to keep your BCD or wing in good condition.
You can do part of this maintenance yourself, by rinsing well after the dive, both externally and
internally.
It is also good to occasionally put some silicone grease on the nipple to which you connect your
inflator hose.
This prevents limescale from adhering and keeps the o-ring in your inflator hose coupling greased.
In addition, it is important to have your BCD or wing system serviced annually at a specialized service
company such as Scuba Support.
The BCD or wing consists of roughly 3 components, which are:
* Air-holding bag (also called bladder)
* Inflator (to blow air into your BCD)
* Pressure relief valve (also called dump valve or OPV)

What do we do about your BCD with maintenance?
First of all, any problems are identified by testing the components such as the air bag, inflator and
dump valve.
The inflator and dump valves are removed and the air bag is internally flushed with a disinfectant.
This is important to prevent bacteria growth, which could end up in the lungs when the vest is
inflated with the mouth, with unpleasant consequences.

Ultrasonic cleaning:
The inflator is disassembled, ultrasonically cleaned and fitted with new parts that are included in a
service kit.
O-rings are greased and after assembly the inflator is tested for dosability and possible leakage.
The dump valves are cleaned, checked and greased where necessary.
With extra attention to the spring of the dump valve, which is sometimes no longer good.
The dump valve and inflator are then reassembled and the entire BCD or wing is tested.
With the last test, the BCD or wing is immersed in our test basin, connected to an inflator hose and
blown full until one of the overpressure valves will bleed.
Then the whole is checked for air bubbles, so leakage. 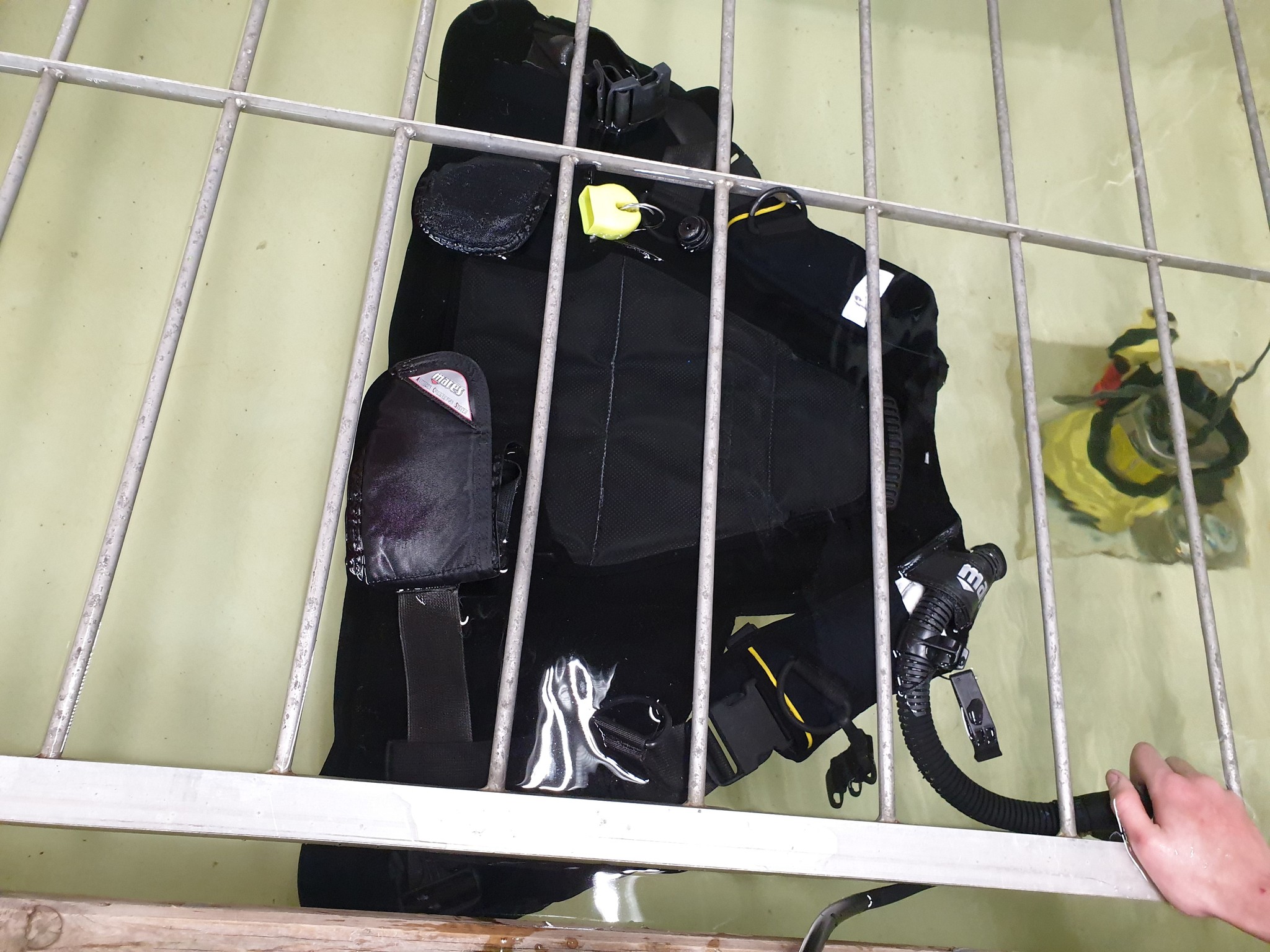 Difference between wing and BCD
With a BCD, the bladder often extends to the sides, which gives you less stability.
With a wing system, this bladder is only on the back, so that the bottle is carried more by the wing
and as a diver you have much more stability in a horizontal position.
It is important with a wing that it is not too big for the diving tank you are using, because then you
have that the wing folds around the bottle and the comfort of the wing is lost.
Wings are available in different models, round (also called donut) or in a traditional horseshoe shape.
The advantage of the donut wing is that in a horizontal position, both at the top and at the bottom,
the air can flow from the left to the right.
The emergence of the wing systems has contributed to the divers moving through the water much
more streamlined and less like a seahorse (with the feet lower than the head).
This also means that less dust is stirred up from the bottom.