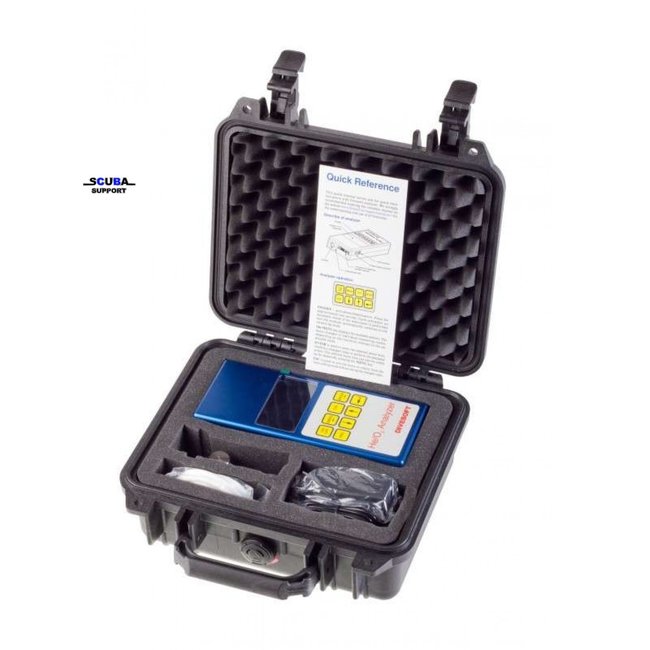 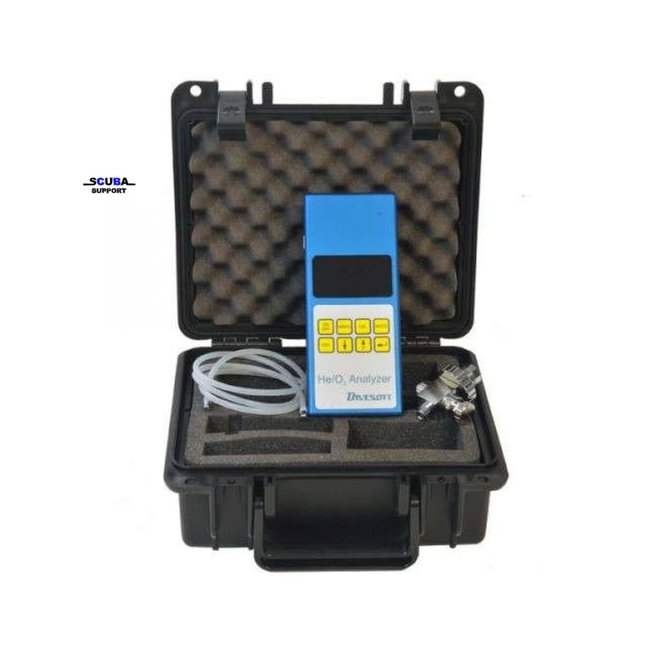 Set Diver Max was compiled for divers, who prepare Nitrox and Trimix, need to measure resistance and voltage and want to have the analyzer stored in the watertight Peli case 1200. Set Diver Max includes:

The analyzer is supplied with rechargeable Li-Ion battery.

The speed of sound is measured directly as the time it takes for an acoustic impulse to travel between two microphones. This measurement is taken alternately in both directions so that it will be possible to eliminate the influence of the gas flow-rate.

Every analyzer produced is tesed in the complete range of acceptable oxygen and helium values. In addition to the testing of air, pure oxygen and pure helium undergo testing with 12 different calibration mixtures